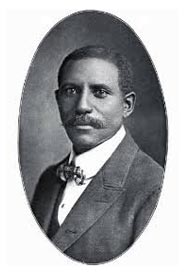 Black inventor William Purvis was always striving to improve what he saw as inconvenient. In January of 1890, Purvis was awarded a patent for the fountain pen. Fountain pens eliminated the inconvenience of having to carry around a bottle of ink whenever there was a need to sign a contract or legal document. Purvis was documented to have said, "The object of my invention is to provide a simple, durable and inexpensive construction of a fountain pen adapted to general use and which may be carried in the pocket." The invention of the fountain pen has had a profound impact on making office work, and writing in general, much cleaner and more affordable.

In August of the same year Purvis was awarded the fountain pen patent, he was also issued a patent for an improved paper bag machine. His improved machine manufactured satchel bottom shopping bags at an improved volume with greater automation than any previous machinery. His paper shopping bag machine utlized a combination of two suction formers that had perforated surfaces. The ends of the paper tube are fed between these surfaces and provided with two independent grooves arranged at different positions the length of the formers and out of line with each other.

He was also the creator of serveral other inventions. These include a bag fastener, a hand stamp, an electric railway switch and device as well as a magnetic car balancing device. William Purvis is also believed to have invented, but not patented, multiple other convenience items - such as the edge cutter found on many common houshold items like aluminum foil, cling wrap and wax paper boxes.